Bach bust is not equal to Bach bust: You will know that at the latest after you have found my Publishing House and my offer in it. Because first, my husband and I attach great importance to how well Johann Sebastian Bach is "met". That is, how good the small work of art is, from which then the mold was cast and finally the Bach bust: The facial expression is the most important. For a long time we searched for the perfect Bach busts and finally found them. And yet it took us about twelve years to find also the very smallest Bach bust. Here I present it to you, here you can buy this, cute, tiny Bach bust and here you can also get the Bach bust, Beethoven bust and Mozart bust as a famous, inexpensive trio.   ––

The Bach bust ... more precisely: the very smallest Bach bust. And it even comes in a noble packaging. It goes without saying that the offer listed above is not seven mini Bach busts and there is also no Mon Chéri, no Ferrero Kisses and no Ferrero Roger chocolate ball with it. So the offer above is "only" about the pure Bach bust. Plus ... just one of the seven.   ––

Mr. Johann Sebastian Bach. The busts in my store are always about the very best facial expression.  –– 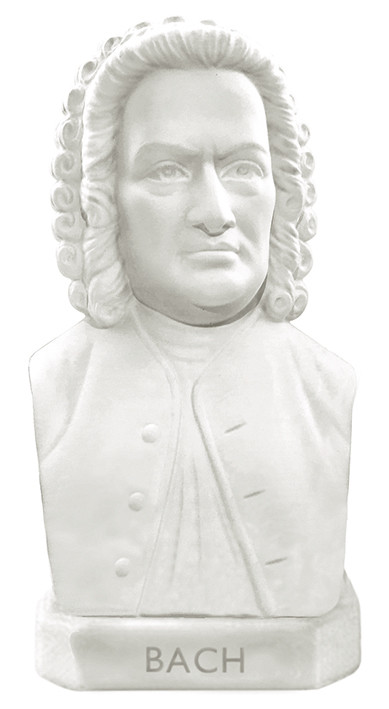 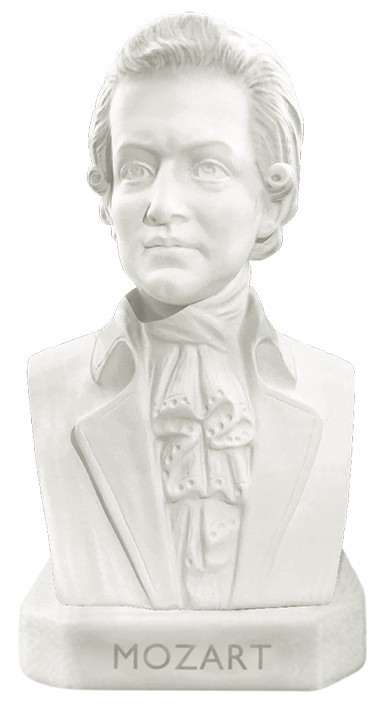 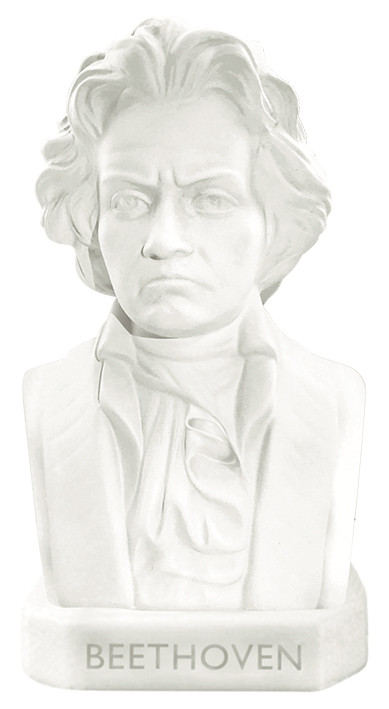 Yes, Bach bust, Mozart bust and Beethoven bust would be the ideal bookends, if they just weren't so tiny. Exception: You use them to support tiny Bach books. And that is what the Publisher offers.  ––

In general, "Bach 4 You" features the most beautiful Bach busts and the most impressive Bach facial expressions ... that has already been mentioned above. In addition, Bach statues. And Bach tin figures and little Bach men from the Erzgebirge (... Ore Mountains in Germany). And it came like this: We, too, were looking for a Bach figure and a Bach bust, a little Bach man and a Bach tin figure. And found more than we initially wanted. But – looked at more closely – the many offers differed – in addition by the price – quite considerably: that is, as far as the facial expression of Mr. Bach is concerned. No matter whether copper, alabaster plaster or model plaster: There are Bach busts where "Bach is simply ugly": Already the original is simply not beautiful. It's on the artist. And it takes an artist at the very beginning to make a face for a bust – in our case the Bach bust – just really striking and, above all, beautiful. From this, the form for the Bach bust is created. Your Bach bust then emerges from the form.   ––

No, the candy is not included with the purchase of the very smallest Bach bust in the shop. Not again. Placed next to a Mon Chéri, you have a perfect impression of the size. Or next to a Ferrero Kiss.   ––

Bach bust after Bach bust. And what do all Bach busts have in common? Bach is modeled really well. And that's not the case with all Bach busts on the market: Many, many are ugly, and it takes time to find the perfect Bach bust in every size. By the way, the very smallest Bach bust is not even included above. We found it only after around twelve years of "occupation with Johann Sebastian Bach".   ––